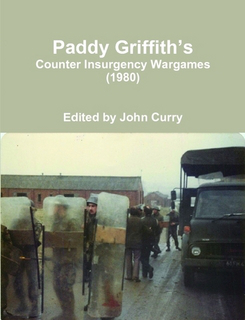 This book is almost unique in providing detailed historical examples of COIN exercises and as such is a window into the professional perspective of the British Army into COIN at that time.
The foreword is by Brian Train, a well-known current game designer, who specialises in producing games about irregular warfare.
Posted by John Curry Editor History of Wargaming Project at 01:50